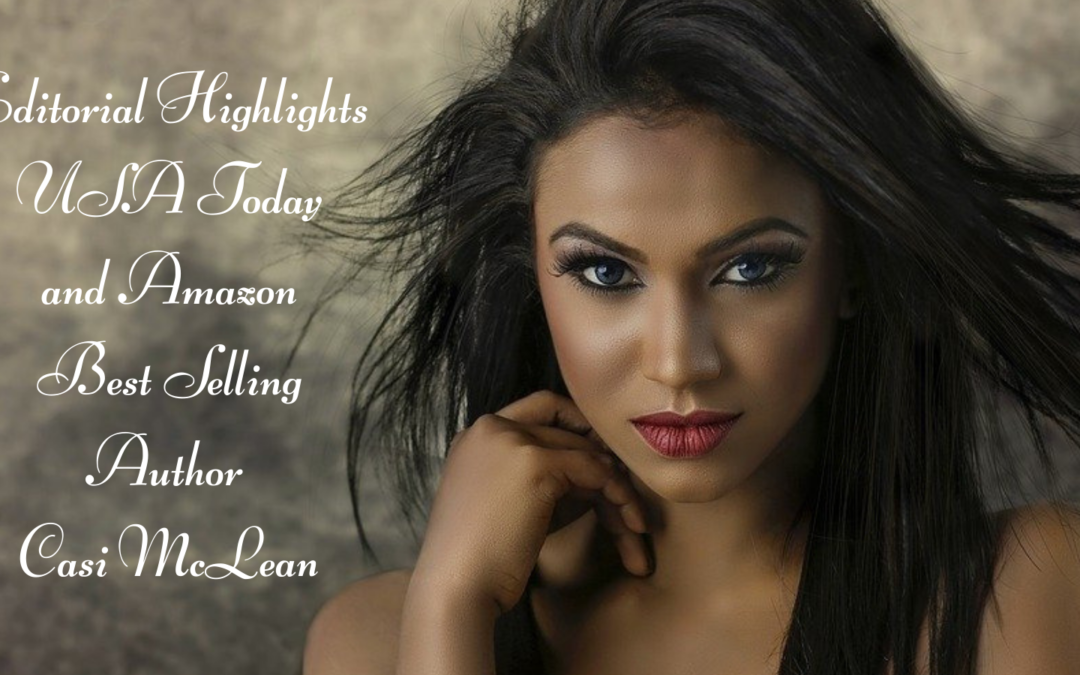 WOW! I rarely think about what other people or sites say about me or my books, so this editorial caught me completely off guard. I wasn’t aware this site existed, let alone featured highlights of me and all my work––plus the page must be updated almost daily as it includes my newest release, Fatal Obsession. I’m thrilled to share the editorial with you, all my friends and fans.

First book series in order lists all my books — as they list a lot of author’s books —so I’ve copied and pasted the entire page below, but don’t miss the write up. Please, scroll down and read the ‘About Casi McLean’ section. I was stunned and thrilled at what this editorial wrote about me and my work! And you can look up authors who write in the genres you love, too.

Every 2 weeks, Book Series in Order sends out an e-mail with 6-8 Book Recommendations. They base this on various factors for example “If you like Jack Reacher…” or “If you like short stories in the horror genre”. To sign up for the emails, click the link in this section.

And now, the Casi McLean Highlight:

About Casi McLean
The American author Casi McLean is well known for writing romance and suspense novels, along with self-help titles. Often seen to be crossing multiple genres, she’s not tied down to any one style or format, creating an approach to her work quite unlike any other. She often has a supernatural edge to a lot of her work too, giving it a somewhat eerie feel that transport the readers to another world. Her use of suspense is also well done, keeping the reader glued to their seat, constantly turning the page for the next chapter.

While she may use many genre tropes, she manages to turn them on their head in a knowing manner, as she makes them very much her own. Her books and fiction has an escapist quality, allowing the reader to lose themselves in her stories, taking them on a journey. All the while she still says something unique through them, with a strong message underlying it all, with her own distinctive personality. Imaginative and intelligent, she really brings her work to life, speaking in a direct manner that gets straight to the point.

The characters McLean creates are extremely well drawn as well, as they have a unique quality too that makes them stand out from the page. This has given her readers of enjoyment and entertainment over the years, allowing her to create a style all of her own. Whether it’s suspense, romance, character, or world-building, she always pays attention to each and every detail throughout. There’s a lot more to come too, as she continues to build her profile as a writer, as her career carries on growing onwards and upwards.

Early and Personal Life
Born on the 16th of January in the United States, the future writer to be Casi McLean would harbor a strong passion for both reading and writing from an early age. Focusing on romance novels with a tinge of suspense, she’d really show a keen fascination on all things literature, all while developing her own voice. This would continue throughout the years, as she would come to find a unique approach all of her very own.

Seeking to combine several different genres at once, she wouldn’t limit herself to any one singular style at any one time. This would grow to create a hugely successful formula for her as time went one, allowing her to ultimately find her own voice. Living in Atlanta, Georgia, she continues to write to this present day, as she still has plenty more to come, not finishing any time soon.

Writing Career
One of the first books that Casi McLean would release was titled ‘Wingless Butterfly: Healing The Broken Child Within’ and this was brought out in 2011. This would work as a self-help memoir using stories to get her message across, allowing her to speak in a style that was direct. She would also contribute to the various different collections of other authors too, as she’d write a number of short-stories as well.

Producing several series, she begin her ‘Destiny’ series in 2014 with ‘Destiny,’ following on with ‘The Gift’ that same year. Moving into the realm of political thrillers, she’s also gone on to produce her ‘Deep State Mysteries’ collection, starting with her ‘Reign of Fire’ book in 2019. Winning many nominations for her work, she’s become an important and leading name in the world of romance and suspense.

Virtually Timeless
First brought out on the Kindle, this would originally come out in 2020 on the 29th of March, as its publication was highly anticipated by already eager fans. It would be the fifth title in the long-running ‘High-Tec Crime Solvers’ series of books, which would have different authors writing each self-contained mystery. There are some links between the books, with its central cast of characters, but each author has the room to create their own stand-alone mystery story.

This is an entertaining story, as it really does hold its own against the rest of the books in the series, standing up against the many other authors. With a taut and tense thriller story at the heart of it, it really manages to keep the reader continually engaged throughout every step of the way. Fast paced with a mystery that’s constantly evolving, it’s definitely a must for fans of both the author and the genre as a whole.

Inheriting property over eight hundred miles away, the twins Noah and Sydney Monaco head out to investigate it, as they take off for Connecticut. Here Noah finds a woman wandering alone through the woods and, after attempting to help her in her confusion, finds himself being targeted by some serious criminals. This then leads Sydney to take off as well, as she uses her skills as a private eye after her brother fails to make contact. What could possibly have happened to him out there? Who is the confused woman? How will they all find themselves virtually timeless?

Between the Shadows
This was initially published by Casi McLean herself though her own label back in 2018 on the 31st of July to much acclaim. It was the third book in the ongoing ‘Lake Lanier Mysteries’ series of novels, with the previous book, ‘Beyond the Mist,’ being released in 2017. The series itself would features stories tangentially connected, with it centering around a fantasy premise with science-fiction undertones, where a reservoir’s construction is effecting the fabric of time.

Jumping back to 1865 Georgia, York has seen the ghostly image of a young woman, which leads his friend, Mackenzie Reynolds, to make the jump. It is here that Kenzi happens across a stockpile of Confederate gold, all while James Adams, the injured Civil War survivor, has kidnapped a woman and stolen a horse. Heading for home he soon finds himself falling for the hostage, as Kenzi and James deal with a deadly plot, all the while she must also find the truth behind the ghostly woman. Will she be able to reveal the identity of the ghost? Can she prevent the deadly plot? What will happen between the shadows?

Thank you Book Series In Order for the wonderful highlight!