Shooting A Trailer––Behind the Scenes 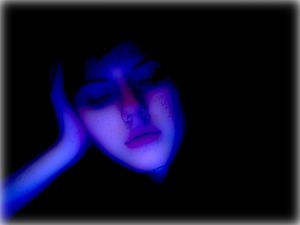 For three weeks, I worked on set with the cast and crew of my Wingless Butterfly book trailer. Acosta Production’s CEO, Jon Acosta and Downstairs Studio’s Owner and Chief Audio Engineer, Drew Gibadlo did a fabulous job. These creative geniuses set a pace that challenged everyone, and though exhausting, the process has been so much fun it can hardly be called work.

When I responded to a haunting urge to release my story to the world, I envisioned my primary audience as female…but a broken child isn’t gender specific.

Jon Acosta, CEO of Acosta Productions, read my manuscript by default. He had to know the story to properly convey the book in my trailer. What surprized me was his reaction. He loved the manuscript, and he reiterated how the story crossed social barriers as well and had a wide appeal. Unsolicited, Jon admitted he was drawn in and intrigued by the emotion and drama throughout the pages and couldn’t believe how the story resonated with his own struggles. He even blogged about the story.

My point: Don’t limit yourself. You may be surprised how far your words reach.

Book Trailers – An Exploding Type of Production to Save a Dying Print Industry?

Following the trend that youtube.com and every other video hosting website out there has created, authors and publishers are starting to catch onto the online motion picture drift – and using it as a genius marketing tool…

I’ve been in pre-production with author, Casi McLean, for the last 2 months as we’ve taken her newly published novel, “Wingless Butterfly”, and dissected it into a visual masterpiece. What Casi has asked from Acosta Productions is to use certain scenes in her novel and create what is known as a “book trailer”. In a nutshell, this means making a 1.5 minute teaser preview of the book just like you would see at the theaters before a feature presentation. the difference, however, is that it won’t be coming to a “theater”, but rather a “nightstand near you”.

This visual tactic gives online users a visual preview of what a book is about. Since the internet has taught us to “watch” rather than “read” these days … Authors and publishers alike now understand how vital it is to SHOW rather than TELL the world what said product has to offer your nightstand – packed with quick cuts, tears, blood, sensuality… and all under 1.5 minutes.

The story in “Wingless Butterfly” is rather intricate and absolutely emotional. To break it down, it’s about realizing that your perception of life is your only reality. The people around you can try to manipulate it as much as they want to, but in the end, it’s up to you to  control your world.

Lies, deception, broken family secrets, and insecurities flood the pages of this book in a “Lifetime” movie style format. This made choosing specific scenes for the book trailer rather difficult since almost every chapter is packed with another deceitful secret or emotional bomb that gets dropped by a passing character.

Our cameras began rolling on April 22nd, right before starting the “Back Alley Strut” shoot. Currently, we are still in production and will wrap by the top of next week.

After working so well together on “Back Alley Strut”, i decided to cast Janine DeMichele
as the main character for this production. for the older version of our lead role, we had Casi McLean play herself. Other actors in the production include Trey Tezza who has done repeated work on MTV’s upcoming “Teen Wolf”. Drew Gibadlo, owner of Downstairs Studios, also played a brief cameo in the “Wingless Butterfly” madness.

All in all, this has been quite a pleasure to produce. Different on all levels, the one thing that I can say is frustrating about book trailers is that we spend so much time setting up a scene… and in the end, we’ll only take 4 seconds or 1 sentence of film from the “loose script”. When you go through so much trouble to set up a 4 second scene, it’s hard not to just want to film the whole thing…

Mind you, this won’t be the last time that we visit “Wingless Butterfly.” Depending on the book sales when it is released on May 15th, Acosta Productions may be looking for a potential movie deal for this novel in the near future.