Are Authors Born To Write 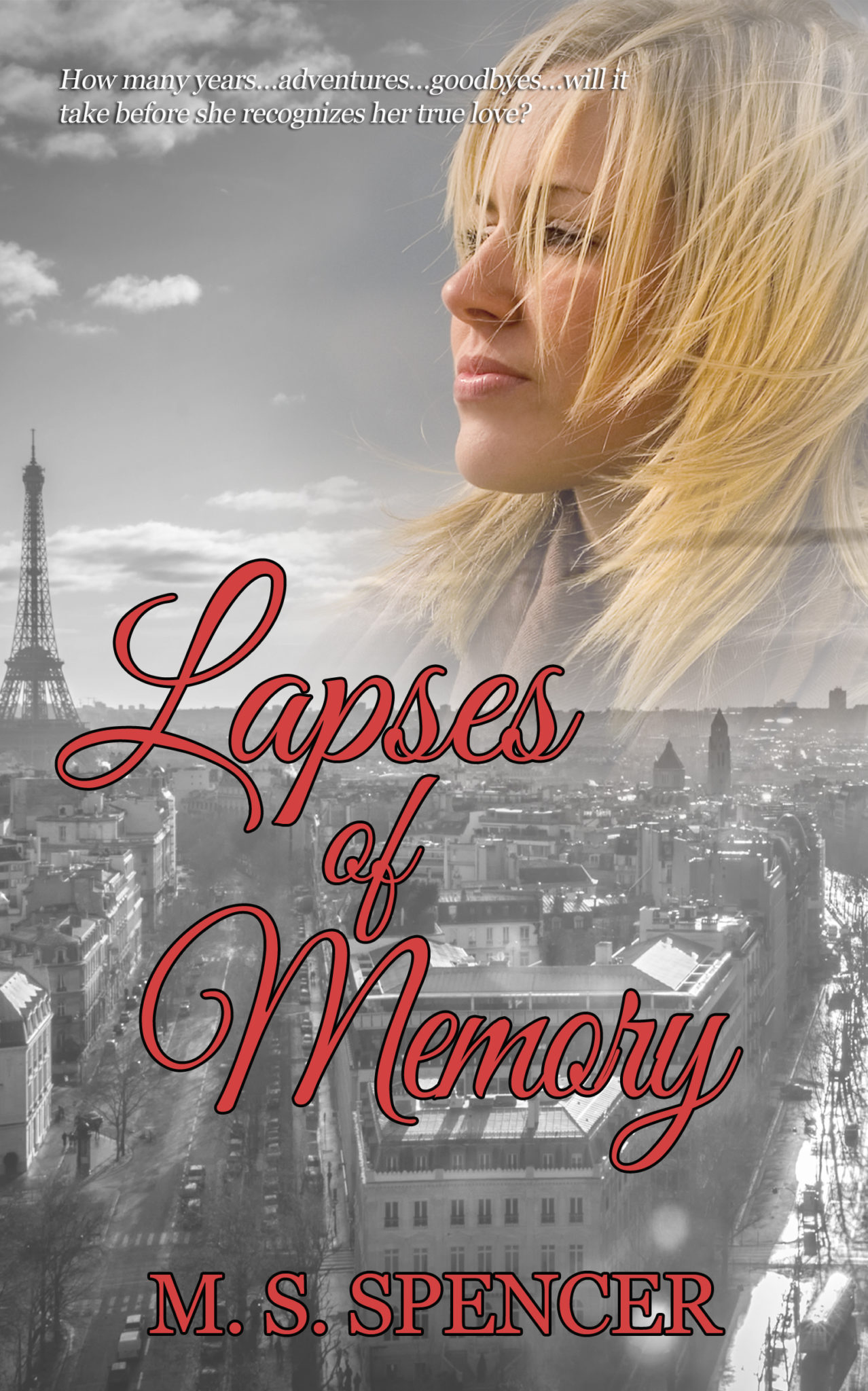 Hmm, a little bit about me, you ask. Well, when I was young I traveled a lot (25 major moves before I went to college, lived or traveled in five of the seven continents). I had lots of adventures, from flying halfway across the world when I was four years old in one of the earliest transatlantic airplanes, to flying across the desert on a chestnut stallion under the nose of the Sphinx.

Are Authors Born To Write?

I loved the adventure. You’d assume I always would. But at about forty years of age, having settled down and had two children, I returned

to writing. I say the word “returned” deliberately, because I have been writing since I was six, but I hunker down now to produce something longer than a quatrain.

Once my first book was published in 2009 all I wanted to do was write. Really. I want to sit in my study and write. All day. If pushed, I go out for a short while, usually to pick up liquor (just kidding—I get groceries too). And that’s why this morning I’m sitting in my study working on three different novels and happy as a clam at high water. What’s your take? Are authors born to write?

M.S. Spencer’s best Author Tips: Don’t be afraid to incorporate bits of your own life into your stories—it makes it more authentic if you’ve walked the walk.

And For Promotion: I give out postcards of my book covers (with blurb on the back) at book signings. They’re not bulky and readers can read the blurb at their leisure. I also got mints in a little tin with my logo from Oriental Traders—they went over very well.

A rush of emotion dropped a veil over all but the tiny world of the two people in seats 11A and 11B, in a jet plane floating somewhere over the Atlantic, in a still moment in time. 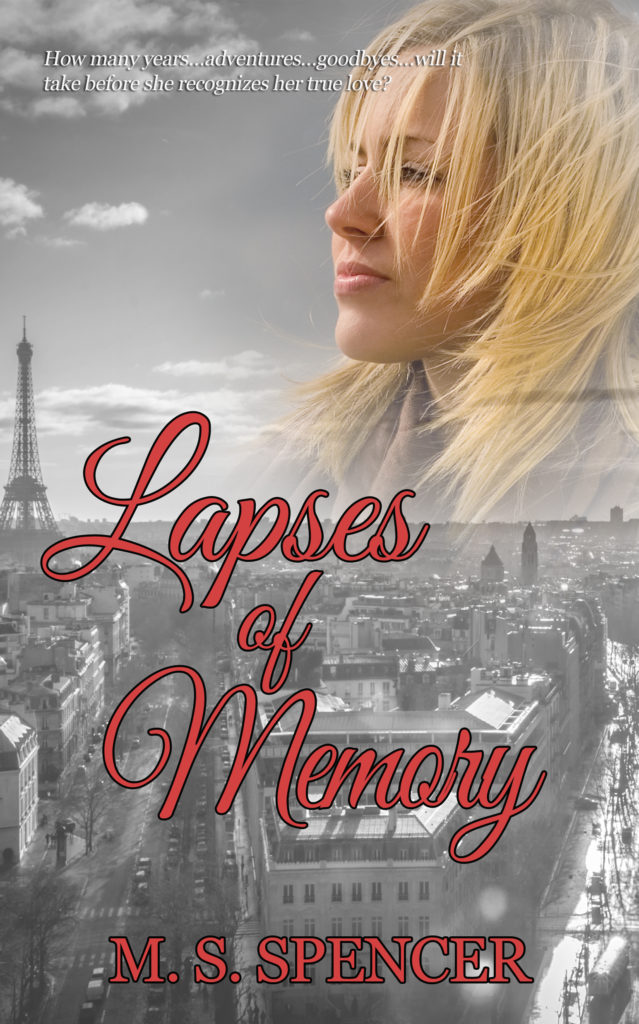 Sydney Bellek first meets Elian Davies in the 1950s on a Boeing 377 Stratocruiser when she is five and he is seven. They run into each other every few years after that, but while he knows from the start that she is his true love, she does not. Later, as rival journalists, they vie for scoops on international crises from the Iranian revolution to the Lebanese civil war. The handsome and intrepid Elian beats her out at every turn, even while keeping his love for her secret.

Only after years of separation does she finally realize they are meant to be together, but this time, in a twist of fate, it is Elian whose memory of her is gone. Will he remember her before she loses heart or will their new love be enough to replace the old one?

Although M. S. Spencer has lived or traveled on five of the seven continents, the last 30 years were spent mostly in Washington, D.C. as a librarian, Congressional staff assistant, speechwriter, editor, birdwatcher, kayaker, policy wonk, non-profit director and “domestic engineer”, aka parent. After many years in academia, she worked for the U.S. Senate, the U.S. Department of the Interior, in several library systems, both public and academic, and at the Torpedo Factory Art Center. She holds a BA from Vassar College, a Diploma in Arabic Studies from the American University in Cairo, and Masters in Anthropology and in Library Science from the University of Chicago. She divides her time between Maine and Florida. All of this tends to insinuate itself into her works.

Writing as M. S. Spencer, she has published eleven best-selling contemporary romantic suspense novels. Here’s the rundown of her current WIP––Works In Progress.

The Pit and the Passion: Murder at the Ghost Hotel, is in galley stage and hopefully will be released this year from the Wild Rose Press.

At midnight, in the darkness of a deserted hotel, comes scream and a splash. Eighty-five years later workmen uncover a skeleton. Who does it belong to, and how did it get to the bottom of an old elevator shaft? To find out, Charity Snow, ace reporter for the Longboat Key Planet, must team up with Rancor Bass, best-selling author. Although his arrogance nearly exceeds his talent, she is surprised to discover a warm heart beating under his handsome exterior.

While dealing with a drop-dead gorgeous editor who may or may not be the villain and a publisher with a dark family secret, they unearth an unexpected link to the most famous circus family in the world.

Flotsam and Jetsam: The Amelia Island Affair is in the final edits before submission.

Three corpses strewn across the sand. Who are they and how did they get to the shore of Amelia Island, the southernmost of the Atlantic Sea Islands? Two State Park rangers must find the answers, while contending with a secretive group calling itself the League of the Green Cross. Do the deaths have anything to do with them? Or could they be bound up with the complicated history of the island, which was conquered and lost by more than eight nations? Or is there a simpler explanation? Mucking up the investigation is the crucial question: will Simon ever get the nerve to tell Ellie how he feels?

And then there’s the facetiously named Bigfeet and Stinkbirds: Murder in the Amazon

In its first exciting draft is a story set in the Peruvian Amazon. It’s, yes, a murder mystery romance, but one with elements of legend and scientific discovery. A group of scientists have come to a research station—an ornithologist, an herpetologist, a paleontologist, a doctor of exotic diseases. A photographer is hired to help document their discoveries and he brings along his sister, a reference librarian and part-time anthropologist. They are searching for a monster believed until now to be mythical, but along the way are distracted by murders and fossils and strange new creatures.