Where to get ideas for stories 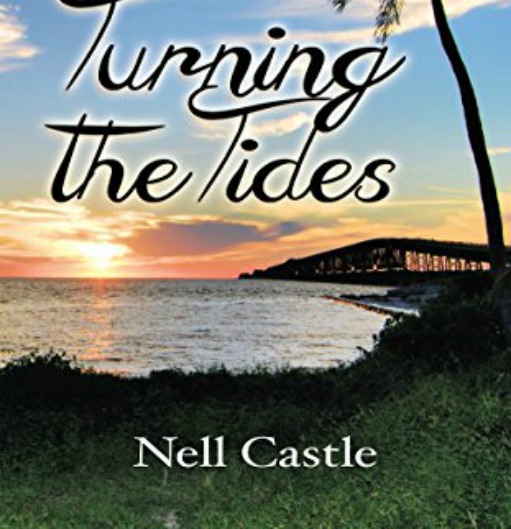 I spy on my friends.

When I was younger and had more time (pre-children), I’d search my mind for the qualities of credible characters, ponder the narrative elements, and abandon story after story mid-page when it failed to meet my expectations. Where do you get your ideas for stories? Now, don’t tell them, but–I spy on my friends.

Raising three kids kept me too busy to write more than journal entries that bemoaned the lack of time to do any “serious” writing. Once my kids were in college and high school, I refused to waste any more time gazing at my navel, hoping for the perfect plot to emerge. Instead, I looked around at my friends–all of them, like me, weathered (charmingly!) by time—and imagined them in alternate universes.

What if Esme hadn’t married her boyfriend

straight out of high school but became a recreation director on a cruise ship, like Julie on The Love Boat? What if Dawn had married “the one who got away”—and found he was a lying philanderer? What if my fickle friend Mina fell for exactly the type of man she ordinarily scoffs at: the tall, gorgeous heartthrob?

The last scenario is the seed for my latest novel, Turning the Tides. I started with the inspiration of my friend (and got her permission to include a few memories of her life when she was first adopted from Korea) and then spun a new story for her, in a new time and place, with a hero who exists only in my imagination.

beginning my characters with a real-life counterpart is the difference between starting up a hill with a tankful of gas or pushing my car on empty. Either way, I’ll eventually get to the top and let ‘er fly. But the first way is a heck of a lot faster.

Where do you get your ideas for stories?

Develop a relationship with your local library. As Sorchia DuBois pointed out in this same space a few days ago, it can be hard to get support when you’re an indie or small-press writer. I’ve found the library to be the one place as excited about my books as I am. Donate a copy or two, and arrange for a book signing among the stacks. Be sure to get your name added to the list of local authors so you have an excuse to come back over and over.

Nell Castle pursued her love of stories with an English literature degree from Temple University. A certified instructor for children with dyslexia, she is currently pursuing a graduate degree as an intervention specialist. Happily married and a mother of three, she’s lived in Philadelphia, Key West, Anchorage, Sarasota, Virginia Beach, and currently resides in Ohio. Turning the Tides is her second release with The Wild Rose Press.

The black sheep of her adoptive family, Lee Cooper has finally buckled down to a responsible job as a social worker in Southwest Florida. Defending her client against charges of child abuse awakens buried memories of her own abandonment in a Korean orphanage. Can she remain objective for the sake of a child?

Bricker Kilbourn, the court-appointed guardian, doubts Lee’s judgments–and his opinion might determine the little boy’s fate. He’s got his own family issues and haunting secrets to keep. Falling for a woman is not part of his plan.

He’s running from his past. She’s searching for answers. Will their resolution to protect a child bind them together or wrench them apart?

He padded across the deck in his bare feet and reached over the seat for a white towel. Turning his back, he ran the towel over his head and neck, rubbing it against his face and down his chest. The muscles of his shoulder blades rolled beneath golden skin. He wore a pair of cut-off jean shorts, sodden with water and sagging just enough to reveal a velvety V above his waistband. In the nick of time, she raised her gaze from the curve of his back when he swung around to face her.

With an effort, she dragged her attention back to her purpose. “I wanted to let you know what Amber and I have been working on these past six months. The parenting education, I mean.”

Seagulls called in the air high overhead as the boat rocked among gently splashing waves. Bricker ran the towel over his biceps before draping it over the bucket seat. As he sat, his gaze locked with hers. “I think we’ve seen the effects of her parenting education.”

His tone was dry. Lee’s mouth snapped open to retort, but she forced a smile instead. “She had a lot to learn when I first met her. But she kept every appointment and asked lots of questions about child development. Amber isn’t comfortable showing her emotions, but she loves her son.”

“I’m willing to believe she does.” Bricker shrugged, the tips of his hair curling in the warm air. “Doesn’t mean he’s safe with her.”

“She’s fighting against the cycle of abuse.” Lee’s voice sounded thin and desperate to her own ears.

“Breaking the cycle is hard,” Bricker said. “Not without a lot of therapy and more support than she seems to have. And we can’t allow Kaleb to be a guinea pig while she works out her own childhood traumas. Because the next time she shakes him could be his last.”

“There’s no proof she shook him.” Lee clasped her hands on her lap to keep them from trembling. She was getting nowhere with the guardian. Again. “He didn’t vomit, or have tremors, or have trouble staying awake. The doctor didn’t even bother to order a CT scan.”

“The ER doc wasn’t a neurologist,” Bricker reminded her. “On the other hand, Gloria Marshall is a court-mandated reporter of abuse. Are you implying she lied?”

“Maybe. Gloria thinks of Amber’s husband like a son, and she doesn’t like the girl he married,” Lee snapped.

Bricker’s eyebrows rose. “You really think Amber’s the victim of a conspiracy?”

“I don’t know.” She threw up her hands. “I just don’t think we should take away a young mother’s child when no one ever taught her how to be a good parent. I think she should be given a chance, for God’s sake!”

Bricker raised a calming palm. “Take it easy. I’m looking at all sides of the issue.”

Lee snorted. “You’re siding with the foster mom just because she works for the county. You’re not objective!”

Bricker’s low voice held a warning. And damn it all, he was right. Every muscle in her body was clenched.