USA Today and Amazon Bestselling Author, Casi McLean’s newest book, FATAL OBSESSION, is a gripping, fast paced crime thriller steeped in romantic suspense that will keep you glued to the pages as she takes readers on an incredible journey into the mind of an obsession-driven villain. He pulls the strings so nothing is as it seemes. 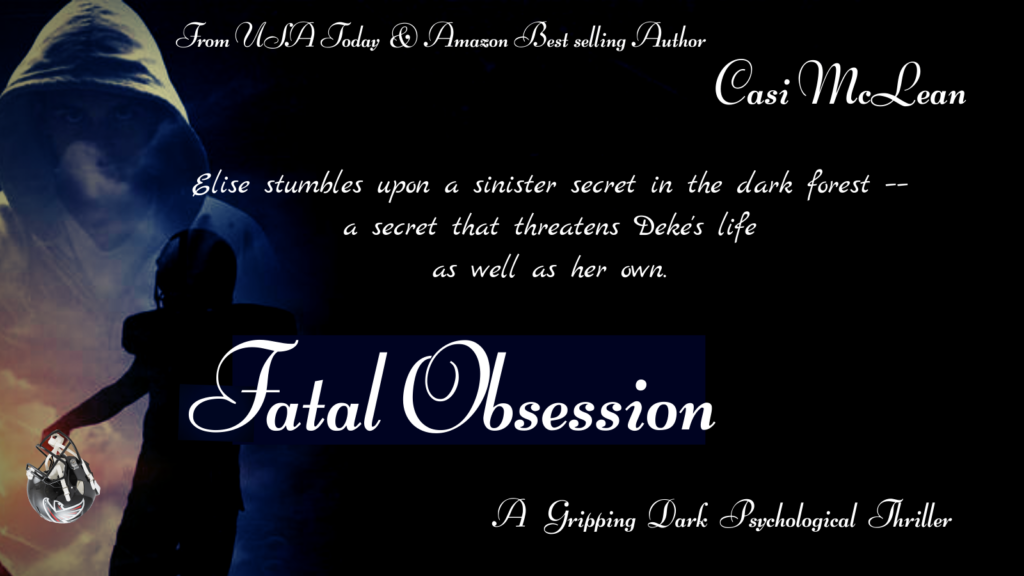 Atlanta Sportscaster, Elise Sloan, never expected to fall in love with a younger man––especially a jock who happens to be a first round NFL draft pick. But when Deke Madigan sweeps into her life, he mesmerizes her––at least she thought he did until an eerie murder in a condo unit behind hers has her second-guessing everything––including her own sanity.

When her anxiety triggers a full blown panic attack, her best friend, Britt, convinces her to relax by spending a long weekend at her lake house with Deke. Isolated deep in the forest, she typically feels calm at the family retreat, but even with Deke, she can’t shake the creepy feelings crawling over her.

When her dog, Jasper, darts into the dark woods, she chases after him and stumbles upon a sinister secret…a secret that threatens Deke’s life as well as her own. To save them both, Elise must escape a dangerous man lurking in the shadows––a man with a fatal obsession.