Discover The Magic Beyond The Mist 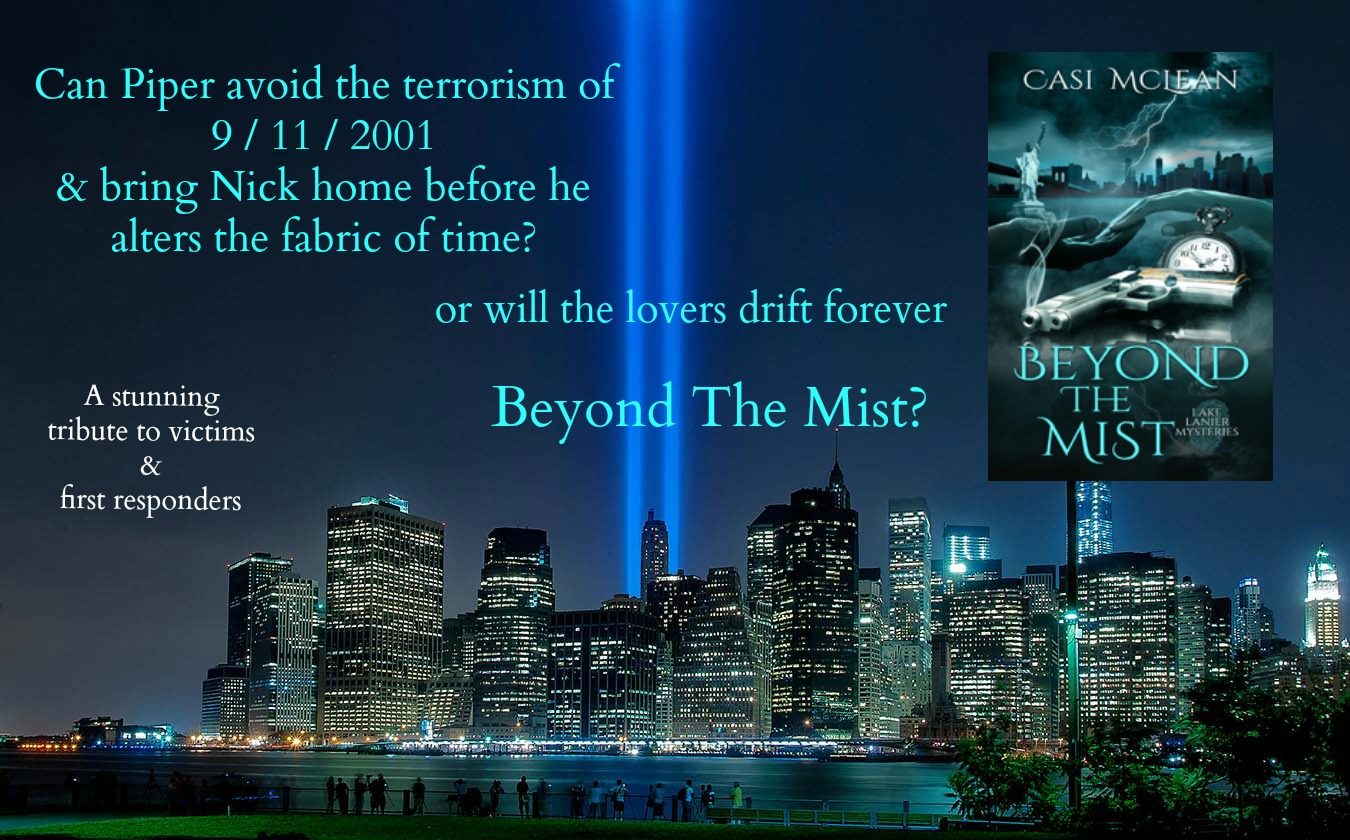 Can star-crossed lovers survive a cyclone of international espionage, terrorism, and the space-time continuum?

A soft mist hovered over the moonlit lake, beckoning, luring him forward with the seductive enticement of a mermaid’s song. Rhythmic clatter of a distant train moaned in harmony with a symphony of cricket chirps and croaking frogs. Spellbound, Nick Cramer took a long breath and waded deeper into the murky cove. Dank air, laden with a scent of soggy earth and pine, crawled across his bare arms. The hairs on the back of his neck bristled, shooting a prickle down his spine that slithered into an icy pool coiled in the pit of his stomach. He clenched his fingers into a tight fist, determined to fight through the emotion consuming him. Fear sliced through his belly like icy shards until he finally heaved, forcing rancid bile to choke into his throat.

A sudden surge swirled around him, yanking him into a whirling vortex, where a violent blue streak dragged him deeper, deeper beneath the lake into the shadowy depths. Heart pounding, he battled against the force, twisting, thrusting toward the surface with all of his strength but, despite his muscular build, he spun like a feather in wind into oblivion. When the mist dissolved, Nick Cramer had vanished.