the woman of his dreams—the search is on.

The greatest enemy of a vampire is boredom. Four centuries of existence have taught Lord Morgan Gabriel D’Arcy to fear nothing and no one. Humans and their weapons have little chance against his preternatural speed and arcane powers. Vampires are viral mutations of human DNA. Still, the Vampyre code requires secrecy, and he has learned to hide his nature from the world. The lure of mortality, of a life in the sun, puts Morgan again and again at the mercy of calculating human women though they fail to consider his charm and determination into the equation. However, even grooming a future bride from infancy proves to be fraught with heartbreak. And second chances are not always what they seem unless… you are Morgan. Immortality and beauty, aren’t they grand?

“Morgan D’Arcy is a class act and the most arresting vampire I’ve ever encountered in literature or films.” ~ Historical and Paranormal Romance Author Beth Trissel

Snow built castles on the windowsills. Wispy flakes swirled in the night air. I stood at the mullioned window with my back to the Chief Councilor of the ruling body of the Vampyre. The pure white silence of a snowy night echoed in the room. A fire crackled in the fireplace, but cold seeped through the stone walls.

At midnight, Lucien St. Albans had arrived with shocking news.

Royal Oak wasn’t on the beaten path. The castle perched on a hill above a small village on the Devon coast. From my bedroom window, I could see the ocean. Lucien had driven his new motorcar hard to tell me that there was no such thing as forever. He was pale and drawn, worried. I’d never seen the Chief Councilor rattled. Lucien St. Alban’s self control was legendary. The emotion in his black eyes was fear, and a shudder chased over me.

“I drove straight from an emergency meeting of Les Elus,” he announced without preamble. “We are all in jeopardy.”

In a small principality between France and Spain, an epidemic of anthrax ravaged the countryside. Not only human villagers died in Andorra. Two vampires had perished.

Grief for Daphne and guilt for her suicide had wearied my spirit. “Why send me? I’m not a scientist.”

“Dear God, Morgan, I wouldn’t send you into danger.” Behind me, Lucien’s reflection appeared in the window. He rested his hands on my shoulders. “One of our scientists plans to travel to Andorra immediately and investigate.   He believes the bacteria secretes an endotoxin that is a reverse mutagen. When infected, the disease progresses at a phenomenal rate. The victim reverts to mortal, and the body disintegrates to ash.”

A thrill pierced my lethargy. Dead vampires presented an intriguing mystery. Members of our select society should not perish to a disease fatal to humans, or very few others of the Grim Reaper’s tricks. It was time for me to stop lurking in Death’s shadow. My grief for Daphne was useless to her corpse. She was quite simply and forever gone. Reverse mutagen. The mere idea sent a shiver of excitement over me. If the Vampyre Effect could be undone, then the possibility of returning to human existed.

An Interview With Morgan 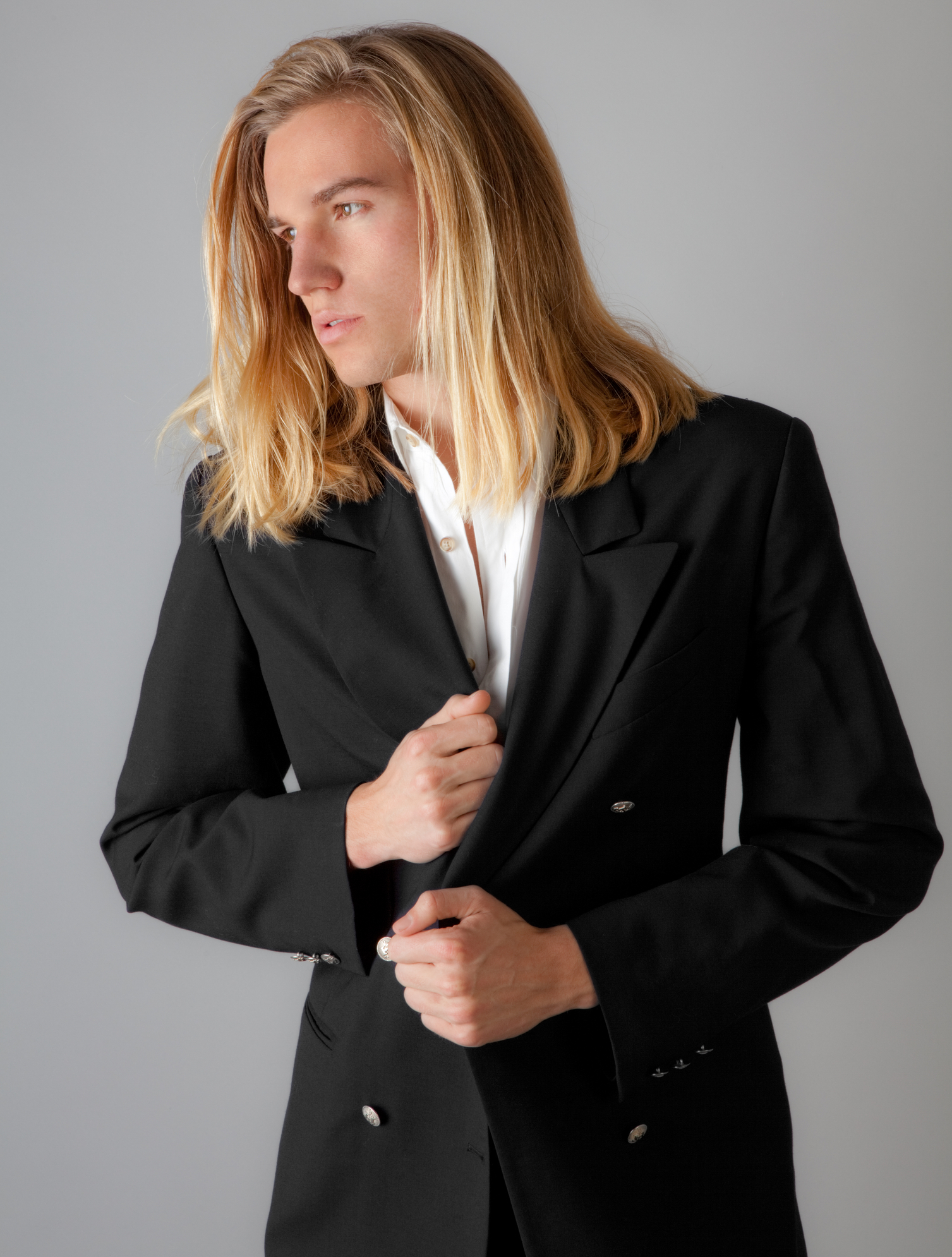 What is your greatest temptation?

In women: Redheads, without a doubt, particularly with the green eyes of the fey. Morgan, the subject of today’s NEW RELEASE, Morgan D’Arcy: A Vampyre Rhapsody is an artist when it comes to choosing women. In Devil’s Waltz, I met the beautiful—and red-haired—Amber Wolfe, one of Morgan’s admirers.

In food: Vampires do not eat, so I’d have to answer that with Blood. Blood is my temptation, always.

In clothes: I prefer suits and, even, yes, ties. A black suit and a red tie with a crisp white shirt is perfect. My fellow vampires call me the Dark Prince, perhaps, because of my clothing preferences. Black creates a certain mood. My hair, as you can see, is near-black as are my eyes. So, black it is.

What is your greatest weakness? I’d prefer not to answer that question, but I will, with one name, Morgan. He’s golden beauty. That may be the reason for my obsession with him among all men. Generally, I prefer women. Morgan’s preference as well. I know it will never come to anything more than artistic worship.

If you could have any kind of car, what would it be? I have the car of my dreams. An antique Bentley.

Your dream home – mountains or ocean? I’d rather the mountains’ solitude and quiet beauty. Though I live in London, I dream of a home in the North Carolina mountains.

What is your favorite book? The Picture of Dorian Gray by Oscar Wilde. The hero reminds me distinctly of Morgan. He’s arrogant and amoral. Morgan is arrogant, but he clings to human morals, for some reason. I would call hedonistic, to some extent. He is a vampire after all.

What is your favorite movie? There’ve been so many. Perhaps, Legends of the Fall because it portrays obsession on the silver screen.

Who is your favorite historical figure? Me. (he laughs, a dark, rich melody) I was born in Ancient Rome and saw Jesus Christ on the cross. Seriously, I met Franklin D. Roosevelt once, and I was impressed with the man and his achievements.

Where can we find you? In Sinner’s Opera and Sinner’s Obsession. In Rhapsody, I make an appearance in most of the stories.

From The Wild Rose Press

Born in South Carolina, Linda has lived in England, Canada, Miami, Ft. Lauderdale, Atlanta and Houston.  She’s seen a lot of this country from the windshield of a truck pulling a horse trailer, having bred, trained and showed Andalusian horses for many years.Linda won several writing awards, including the Georgia Romance Writers Magnolia Award and the SARA. She has two wonderful sons, is a retired legal assistant, member of the Houston Symphony League, and enjoys events with her car club (in her snazzy convertible). She owns a piano she can’t play without the remote (it has a player system). She loves to dress up and host formal dinner parties.

Other Reads by Linda Nightingale: